I find it rather ironic that Yoga has taken such root in the West precisely because some aspects of Yoga appeal to us more than others, and we have taken those aspects, and only those aspects, and evolved them into the one-dimentional practices that we know as “styles” of Yoga today.

I find it strange that there could be “styles” of Yoga.  The fitness industry also has played a role in this, by "marketing" Yoga styles to people who often don't know anything about Yoga or the various styles that have evolved in the West, but have heard others swear that Hot Yoga or Ashthanga Yoga is the best thing ever.  Yoga has caught on, and there is money to be made, and the fitness industry wants its slice of the pie, often without regard for people's health and well-being. 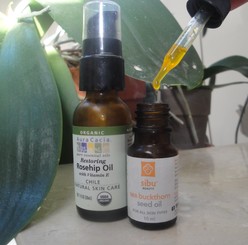 If you know anything about Auyrveda, you would agree with me that we in the West are a Pitta culture with a Vata imbalance.  The never ending drive to achieve and overachieve, the preoccupation with status (what kind of house, what kind of car, what kind of high-paying prestigious job), body image together with addiction to food, and what kind of food: meat, greasy, oily, grilled – that is us.  All in the throws of anxiety, insomnia, worry, ADD, talking too much without actually saying anything of substance.  And like, as we know, increases like.

I have been to too many classes where it’s my way, or no way.  Teacher claiming some kind of absoluteness.  That’s what it means to be in a tradition, I guess, to belong to a party, to confess a religion, to subscribe to a style, and to become really defensive when someone points out its flaws.  But any time someone begins to take literally something that is meant to be understood metaphorically, they devalue it.  There is Power Yoga, Vinyasa, Ashtanga, Bikram, Viniyoga, Jivamukti, Iyengar, etc, etc.  So far I feel  safest going to a Hatha Yoga class, because there at least they advertise something closer to the original, although it all depends on who’s teaching it.  For the most part I have become self-sufficient and cannot remember anymore when was the last time I attended a group class.

However, Yoga in itself is neither, nor.  It is neither Pitta, nor Vata, nor Kapha.  It is just Yoga, and what kind of effect Yoga would have on an individual depends on what is being practiced and by whom.  A person with a Pitta type constitution would naturally be drawn to and enjoy lots of twists, arm balances, sweating, Sun Salutes and such.  A person with a Vata type constitution would be drawn to a Vinyasa class, where their restless mind and body would feel at home in the never ending flow of movement.  The Kapha person, once they actually get around to doing something, would enjoy restorative, gentle, flowing class that is unlikely to challenge them.  And hence the Yoga practice that they gravitate toward would further imbalance them.  The Pitta would become obsessed with attaining perfection in the poses, to the point of causing themselves physical harm, the Vata would be exhausted by the constant movement, and the Kapha would not feel the benefit of a Yoga practice and might give up altogether. 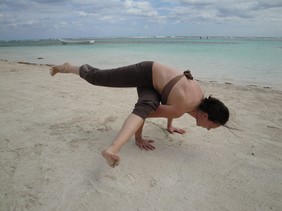 When a new student comes to me, it is often the Pitta type, full of drive and purpose.  They want to sweat.  They want to groan.  They want me to bring it, and they are not happy unless they are bleeding by the end.  Underneath there is deep-seeded insecurity, a need to prove something, a belief that if only one could learn that amazing arm balance then one’s self-worth would go up exponentially.  Or if they read all the books and practice with the famous teachers.  I can see how the way Yoga has been marketed in the US has led them here.

But the Hatha Yogin falls from grace first, becoming too attached to the body.  The Jnana Yogin will fall from grace next, becoming too attached to the knowledge.  Our Yoga practice today is a breeding ground for attachments of all sorts.  How do I, a humble Yoga teacher, lead them away from that temptation, when it is all around me, too?  It feels good when they say, wiping the sweat off their brow and panting: "That was great!  You are a great teacher."  I have an ego just like everyone else.  At what point do I say: listen, forget about the body, forget about the arm balance, forget about the books.  You want to do Yoga?  Well, you need to abandon all which you have come to identify as Yoga, all that has been sold to you as Yoga, all that you have paid me to give to you that you think is Yoga.

There is a way to a balanced state of mind, body and spirit, but to get there you will need to do things you don’t like – such as peaceful surrender, such as doing nothing, if you are a Pitta, or actually break a sweat if you are a Kapha,  being quiet and still, if you are a Vata, being an unblinking witness, because if you blink, you’ll miss it… 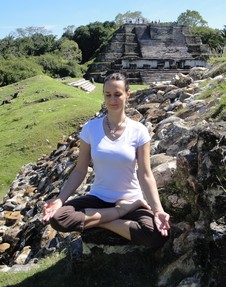 That is the greatest gift of Yoga - it challenges our paradigms and gives us tools to become more aware, more balanced human beings, and that is what sets it apart for me from all other modalities.  A shift in perspective is key to Yoga and to Life - our beliefs shape us on fundamental levels, even on the level of DNA.  A recent study claims that fear in mice changes the DNA and is then passed on to the future offspring - baby mice are afraid of the same thing!  How we see something, what we tell ourselves about it shapes the way we relate to the external and internal world.

So, in the end, as a teacher, I have to take responsibility for myself and my class, talk about letting go and surrender, and teach pranayama and meditation, even though people get up and walk out of class (at the gym - a usual occurrence).  I have lost students because at the end of the class I asked them to cool it.  And so be it!  Maybe after sweating it out somewhere else for years, they will get it anyway, and I will see them again at my class or some other place, doing their Seetali and meditating on the Moon...  I just need to be patient and stay true to myself.

Below is more information about the Doshas and Ayurveda:

Pitta - fire and water, passion, anger, jealousy, leadership, courage, understanding, knowledge, vision, digestion (of food and ideas), acid, status, goal-orientation, accumulates in the small intestine, causing such outward signs of imbalance as inflammation, acne, rash, diarrhea, temper tantrums, feeling hot (hot-headed, as well), adrenal fatigue, kidney problems.  Pitta is increased by red meat, alcohol, high-stress job (wall street, CEO, stay at home parent) - Pittas like to be leaders and to exhibit their wealth and possessions.  Pitta people tend to be intelligent and sharp and good orators.  Ashtanga, Power, Bikram Yoga practices that build a lot of heat in the body is where you will find most of them.  Bikram Yoga is the ultimate Pitta Yoga.  They do it in a hot room!  Iyengar style yoga is also appealing to many of them with its emphasis on perfection and attainment of the perfect alignment, now, with the help of props, if needs be.

Vata - air and ether, movement, dry, cold, anxiety, fears, but also creativity, transformation, senses, breath, fantasy, enlightenment in a flash that is often forgotten.  Signs of too much Vata are insomnia, fear, emptiness, ungroundedness, pain with movement, crackly joints, poor circulation, too much talking, not enough sleeping.  Accumulates in the colon, causing gas, constipation, arthritis, stiffness of the joints.  Restlessness, tons of activity that later leaves one fatigued and drained.  Vatas enjoy movement, and can be found in a Vinyasa, Viniyoga, or any flow class that does not hold poses for very long.

Kapha - water and earth, cold, heavy, stability, lubrication, accumulation, greed, attachment, holding, possessiveness, energy, stability, calm, slow but steady mind, with deep understanding that is retained for a lifetime.  Kapha people are generally tolerant, calm and forgiving.  Kapha accumulates in the stomach, causing excess weight gain, congestion, sinusitis, congestion, depression, envy, greed and attachment.  They are the ones who need the discipline of a rigorous Yoga practice, but do not like to work hard.  They would rather roll around on the floor at a restorative class, staying still in a comfortable, supported forward fold for as long as possible.


We have all these qualities in us, but to varying degrees, in various percentages, with one Dosha usually dominant. Learning more about our true nature empowers us to make appropriate choices. Hope this helps!